Watch Video From The Event Above

Receiving the Gift of Insight

Linn is an ordained minister, counselor, teacher and Reiki Master with a Bachelor’s in Education, Master’s in Exercise Physiology and Master of Divinity. Linn has been an educator for the past 30 years and has been in dementia care for the last 17 as an administrator of an Assisted Living, Memory Care Coordinator, Resource Coordinator and Dementia Educator. She also supported her mother as she lived with young onset frontal temporal dementia. Linn is the author of Alzheimer’s A Beautiful Spirit Celebrated, A Heart Full of GEMS, and Dementia Guide for Communities of Faith and Leaders. Linn facilitates workshops on open communication, problem-solving and creating cultures of compassion and empowerment and is the founder of LiveWell Dementia Training, which helps communities become dementia friendly. She is a partner with the Institute of Gerontology at the University of GA and is the Director of Caregiver Training and Education for MapHabit an innovative technology that works to enhance the memory system that is unaffected by dementia. Her certifications include, CDP, CADDCT Trainer, ADRD Trainer for the state of Florida, Master Coach, Trainer, Consultant with Positive Approach to Care. 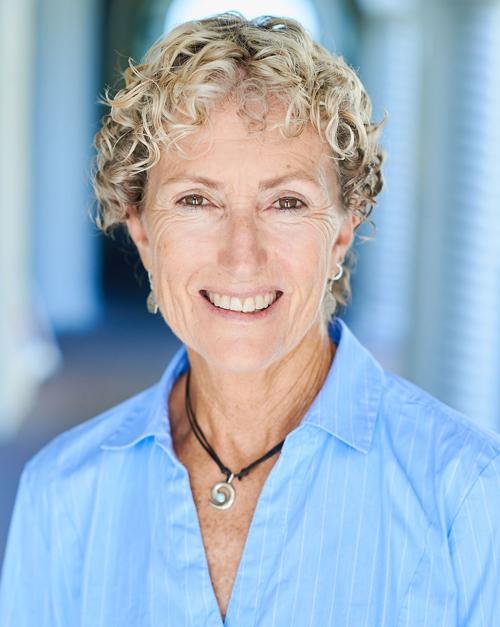 Daniel C. Potts, MD, FAAN is a neurologist, author, educator and champion of those living with Alzheimer’s disease and other dementias and their care partners. Selected by the American Academy of Neurology as the 2008 Donald M. Palatucci Advocate of the Year, he also has been designated an Architect of Change by Maria Shriver. In 2016, he was chosen by the University of Alabama Medical Alumni Association as a recipient of the Martha Myers Role Model Award, which honors physician alumni whose lives epitomize the ideal of service to their communities. Along with his wife, Ellen W. Potts, MBA, he authored A Pocket Guide for the Alzheimer’s Caregiver, which is recommended by the Alzheimer’s Association, the American Academy of Neurology and Maria Shriver. Inspired by his father’s transformation from saw miller to watercolor artist in the throes of dementia through person-centered care and the expressive arts, Dr. Potts seeks to make these therapies more widely available through his foundation, Cognitive Dynamics. Additionally, he is passionate about promoting self-preservation and dignity for all persons with cognitive impairment. He practices neurology at the Tuscaloosa VA Medical Center.

Reverend Doctor Cynthia Huling Hummel is passionate about Alzheimer's research and recently completed her 11th year in ADNI (the Alzheimer’s Disease Neuro-Imaging Initiative) . She served two years on the National Council on Alzheimer's Research, Care and Services and was recently appointed to NACA (National Advisory Council on Aging) for four years. Cynthia has spoken at several NIH ADRD Research Summits and iscurrently serving as a panelist on the National Academies of Sciences, Engineering and Medicine's Alzheimer's Decadal study. Cynthia is an Advisory Board member of Dementia Action Alliance (DAA) and is active in a number of other national and international dementia advocacy groups and organizations. In 2020, Cynthia received the NY State Governor’s Award for Exemplary Service for her dementia advocacy. Cynthia is a retired Presbyterian pastor and will be celebrating 25 years of ordained ministry in August 2021. Cynthia sings in a band called “Country Magic.” She is an artist and author who loves to swim, kayak, and travel. She especially loves being an "Oma" to Cate and Henry! Her advice to those who have been recently diagnosed with dementia: "Don't focus on what you can no longer do, but how you can still make a difference." 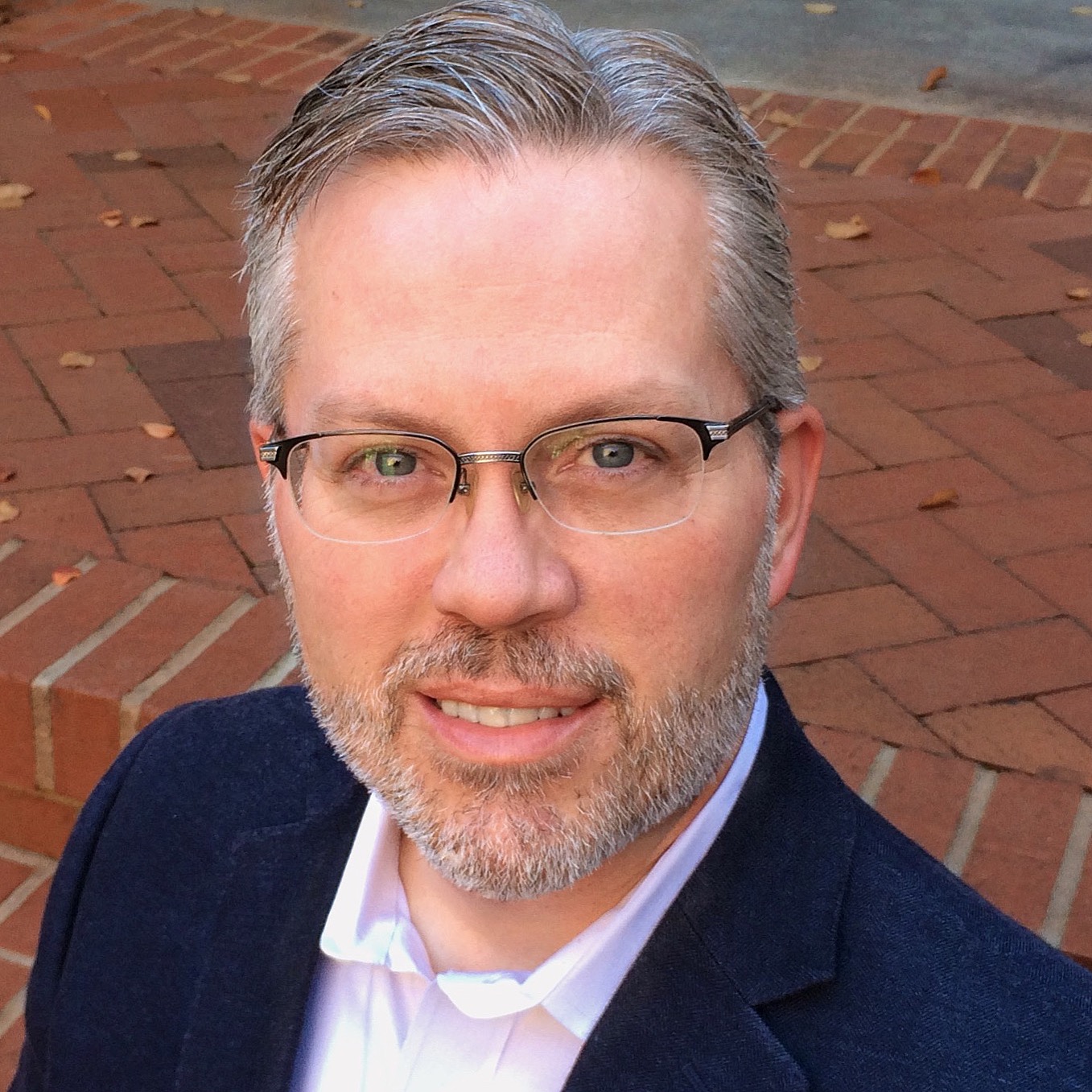 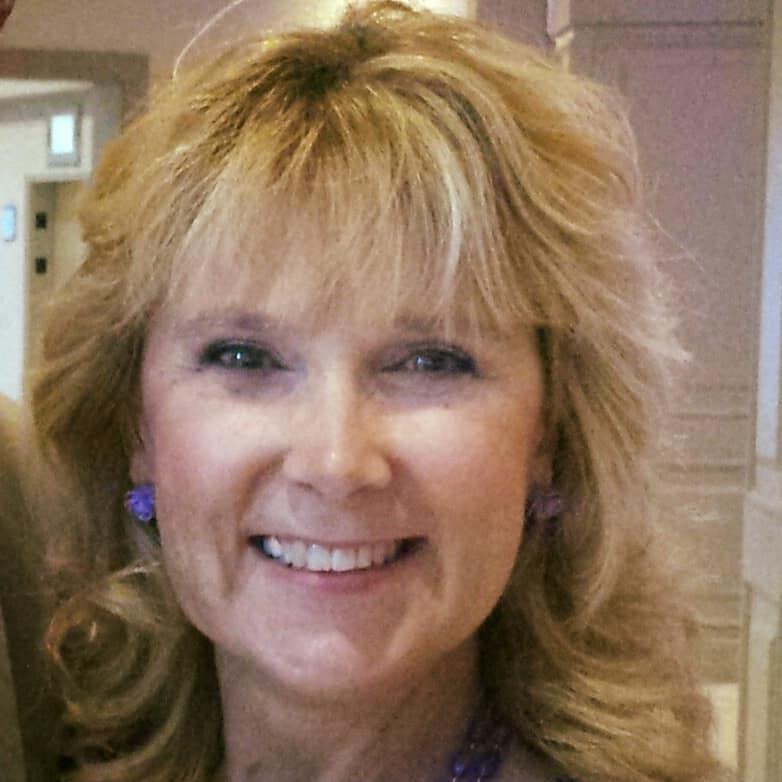 Brenda and Mark Roberts, and Sophie

Brenda has a Certificate in Advanced Clinical Dementia Practices from the University of Michigan, a master’s degree from Central Michigan University in Education Administration and Community Leadership and a bachelor’s degree in Sociology from Alma College. She holds certifications with Teepa Snow’s organization, Positive Approach for Care as a Dementia Trainer, Coach, Consultant and Engagement Leader. She is also a Certified Facilitator for To Whom I May Concern.

Mark Roberts is husband, father, grandfather, and a proud first-time great grandfather. Mark was employed for over 25 years as the Mechanical Department Supervisor for a private college. Mark left his position at the college when he was diagnosed with young onset vascular dementia in 2014. Throughout his life, Mark has been active in his church and community serving on a variety of board of directors and other volunteer activities.

Mark and Brenda are dementia advocates, trainers, and speakers. They live in Michigan in a four-generation family home along with Mark’s dementia service dog, Sophie. Sophie is a Bichon Frise. Mark and Brenda have chosen to train their own service dog under the tutelage of Deb Beean of D&D Kennels. 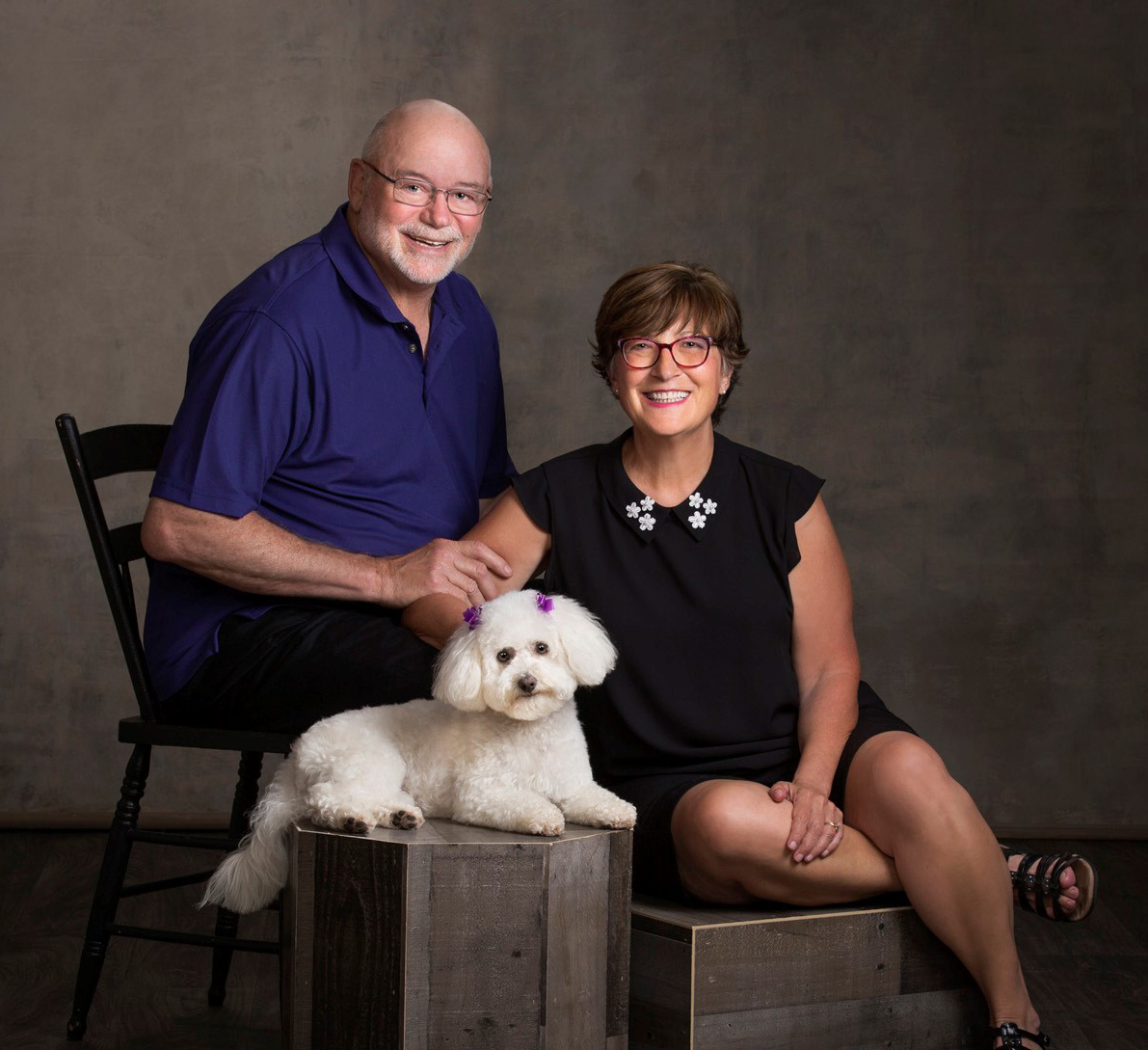 Shana Jones currently serves as a Vice President of a major bank, and primary care partner for her husband, Doug. Her lifelong goal has been to take care of her family. She and Doug have two grown children and two small grandchildren. She especially loves any time that she gets to spend with her grandchildren. She is a member of multiple support groups, one of which is Due West UMC’s Loving Through Dementia Spouse Group. Shana is active in her church, is a dementia education advocate, a dementia friendly advocate, and champion of all who families facing dementia.

Doug Jones received a BA in Broadcasting and an MA in Journalism. For over 40 years, he worked in the business of radio research. For 16 of those years, he owned and operated his own company, consulting major radio networks throughout his career.

Doug was diagnosed with frontal temporal dementia in 2017. He has been and continues to be a remarkable husband, father, grandfather, chef, and volunteer. Until Covid, Doug spent much of his free time as a volunteer. He served the Hospitality and Community Outreach Programs at church, served at a local homeless community shelter, and donned his chef attire each week to serve as a leader at a local nursing home. There, he provided 8 new guests each week delicious gourmet meals. The meals were prepared in 30 minutes as part of their Cooking Club. Doug looks forward to getting back into his volunteer work. In the meantime, he enjoys gardening. Last year, Doug’s plantings resulted in a bountiful harvest and beautiful flowers for friends and neighbors.

Shana and Doug live just outside of Atlanta and are avid Braves fans. 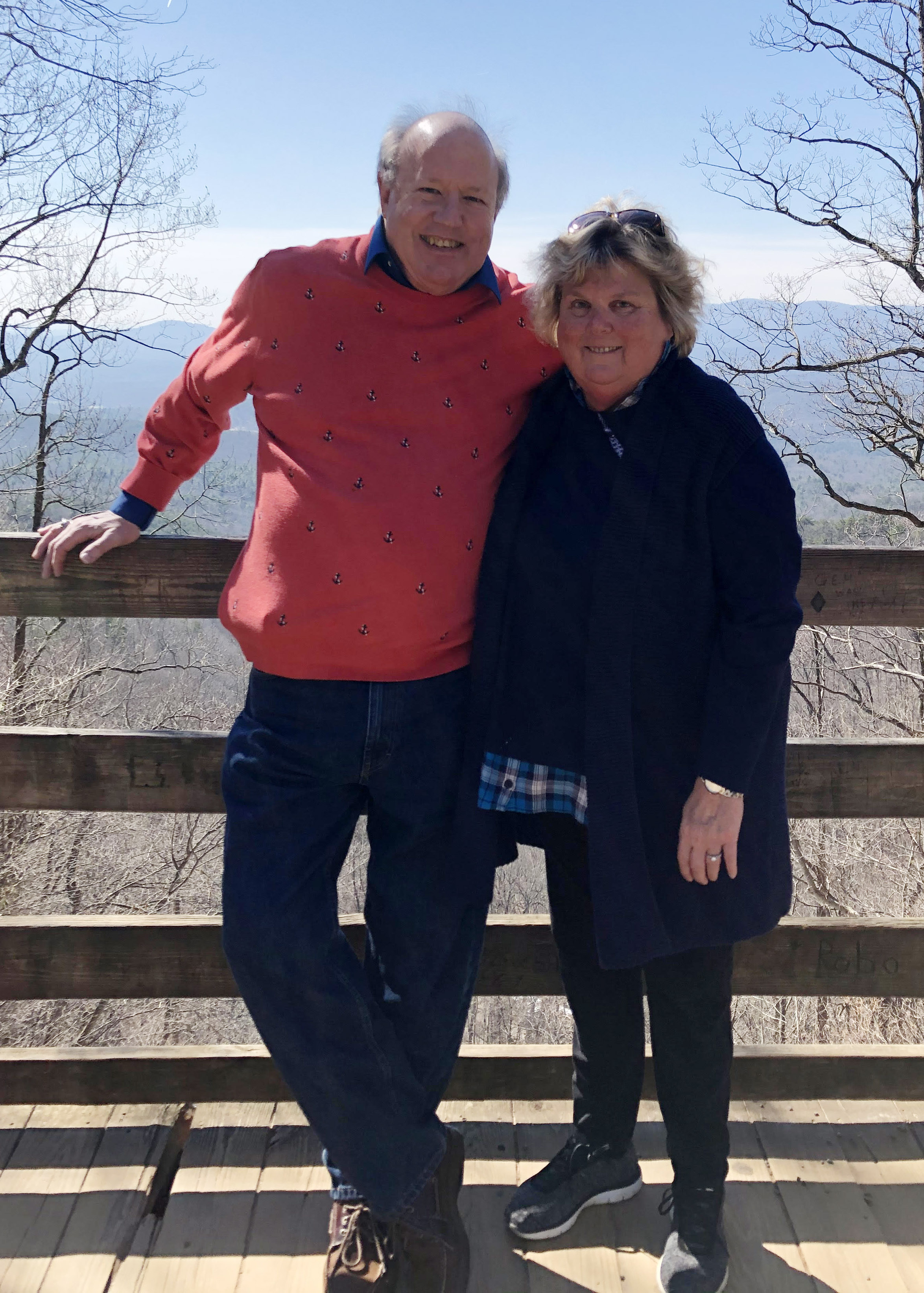 Eunice loved her husband, Don, through Alzheimer’s. She is an author, poet, editor, national speaker, and member of Due West United Methodist Church’s Loving Through Dementia Spouse Support Group. Her fifth book, Boosting Joy: In the Grips of My Alzheimer’s Caregiver Journey, published March, 2021, offers insights into how to reclaim and find new joy along the caregiver love journey. Its purpose is to share, to educate, and to offer joy and hope to those still on the journey.

Eunice is the author of four other books: Mashed Potatoes in My Salad: An Alzheimer’s Caregiver Memoir; My Own Story; From Kibler’s Bridge to Miller Road: 65 Years of Christian Service in the African Methodist Episcopal Church; and Instant Church: My Millennium Musings (selected poems). She has edited an inspirational book, Mothers of Hope, has been a guest blog writer for the Alzheimer’s Association, and had done a caregiver podcast.

Her work can be viewed on eunicelsykes.com; her email address is jayhawk1938d@gmail.com. 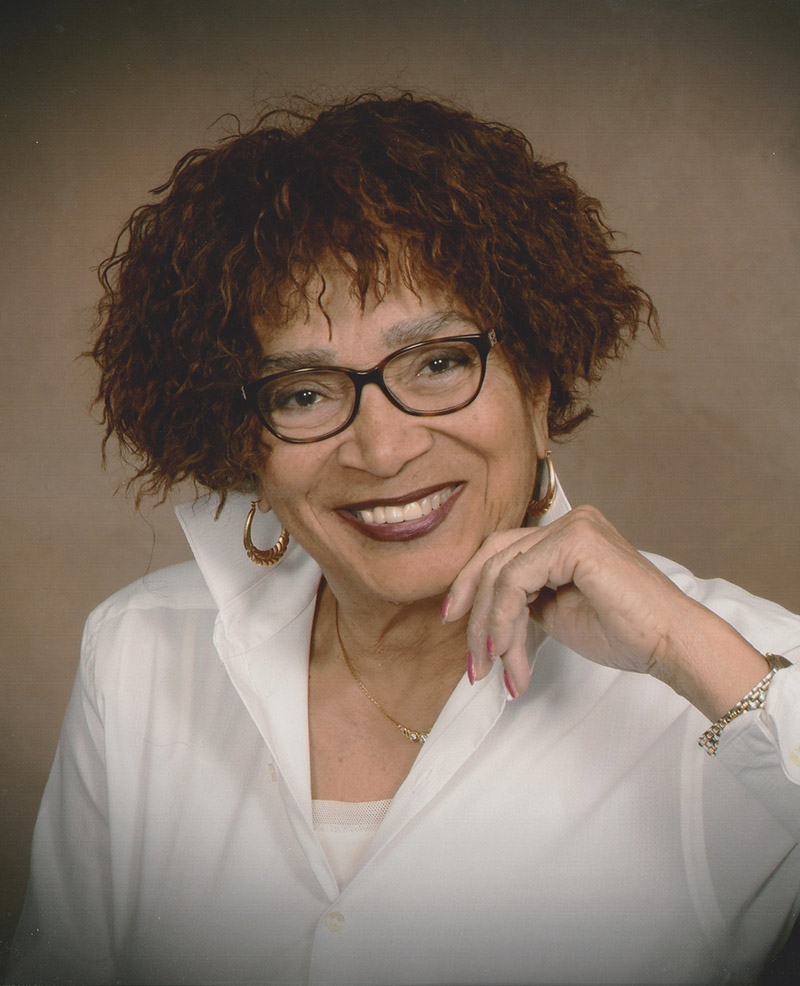